It became part of the Filipino tradition to spend the 1st of November, All Saints Day, widely known in our country as Undas in cemeteries to remember and pray for the souls of their departed loved ones.

So it is just a usual scenario to see bus terminals, docks and even airports getting crowded with passengers traveling to their respective provinces as this day approaches. Most of the employees spend money for tickets just to get to their hometowns.

However, none of these options were taken by the 47-year old scavenger in Cebu, Ceferino Angco. Unlike the others who can afford tickets to go to their hometown to spend time with their families or those who take this opportunity to have a vacation, he doesn’t have the money to pay for his fare home.

But Cerefino’s desire to visit his departed parents after a long time are stronger than the waves of the ocean. That’s why he decided to swim from Cebu to Bohol instead of taking illegal actions to get there.

Can you imagine yourself doing the same thing? That’s how his love goes. Calum Scott’s You are the Reason would best describe him, ‘I’ll climb every mountain, and swim every ocean, just to be with you’.

So he started swimming at around 11 pm on Sunday, but unfortunately, he wasn’t able to reach Bohol because just after a few meters, he had cramps and got too tired. Luckily, Baby at Dagat Commission of Talks at City found him 8 am the next morning and was able to save him.

After people learned the story behind his attempt, offers of help and donations for his boat fare and bus tickets pour.

Even Talisay City Councilor  Jojo Bacaltos was touched by Ceferino’s strong determination so he escorted him to Pier 1 to make sure that he will reach his destination.

His story is just one of the many tales of immeasurable love of Filipinos for their families including those who already passed away. 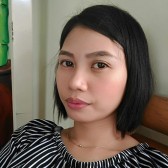