On August 9, 2021, the Department of Education (DepEd) has issued OUA MEMO 00-0821-0062, a memorandum stating the allocation and distribution of laptops to be given under the Bayanihan II Funds.

The Department of Education (DepEd), through the Department of Budget and Management-Procurement Service (DBM-PS), has recently awarded the procurement of laptops from the Bayanihan II funds, and is now in the process of implementation and delivery. The laptops will be delivered by the supplier directly to the Regional Offices. The Regional Supply Officers will take charge of releasing the allocated units of the Schools Division Offices.

According to the said memo, the laptops shall be distributed based on the following allocation:

The laptops shall be distributed based on the following allocation:

The Regional Offices, through the Schools Division Offices, will identify final list of schools or teachers who will receive laptops for those that have been allocated and take charge of delivering the said laptops to the recipients.

From the additional allocations of Division Offices, the following are the mandatory recipients (refer to Annexes C and D):

From the allocation of Teachers in Legislative Districts, the following are the mandatory recipients (refer to Annexes B and E):

From the allocation of Regional and Division Offices, the following are the priority recipients (refer to Annex F), provided they have not received laptops in previous distribution/ allocation undertaken from 2017 up to 2021, or if they did, the laptops issued to them are being used by other officials:

The names of the recipient PSDSes, ALS Mobile Teachers, and Administration Strand Regional and Division Coordinators will later be submitted to the respective regions and divisions by the CO-based concerned offices for reference.

The Regional and Schools Division Offices may organize simultaneous unboxing and training of laptop use through online webinars or face-to-face sessions provided the required health protocols and social distancing are strictly observed. Legislators may be invited to give messages and be recognized for the Bayanihan II initiative.

To see the full list of recipients, you can download DepEd Memorandum OUA MEMO 00-0821-0062 on this link. 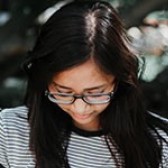